Most saloons closed when Prohibition kicked in almost 100 years ago in 1920, but a big exception was Nelsen’s Hall on Washington Island, at the tip of Door County. That’s thanks to owner Tom Nelsen’s pharmacy license.

The barkeep successfully argued that Angostura bitters—a mix of herbs and spices, steeped in alcohol—had medicinal value as a stomach tonic. The Trinidad product was created in 1824 as a cure-all for seasickness to hiccups.

Nelsen’s Hall marks its 120th year of business in 2019, and no bar in Wisconsin has legally stayed open longer. Consider it a typical, casual watering hole—with one big difference.

No place reportedly goes through more Angostura bitters in the nation and, perhaps, the world.

Modern-day bartenders use bitters by the dash in cocktails. Nelsen’s Hall still is best known for serving bitters by the shot, and tens of thousands have downed one to gain membership in the bar-restaurant’s Bitters Club.

That’s it. There is no need for a secret handshake, annual dues or meetings. Anyone of legal drinking age can join. The founder’s nephew Gunner began the club by setting up a ledger for new members to sign and issuing membership cards (on each is a bitters- dipped thumbprint).

“I’ve seen bitters cards from the early 1950s,” says Doug Delaporte, who with Robin Ditello took over Nelsen’s Hall ownership 20 years ago. The card design hasn’t changed since then, and they order 10,000 per year.

Delaporte has no idea how many members are in the club, but he says “people come here just to get into the Bitters Club, day and night.” Ghost hunters find their way here too because stories of the paranormal are abundant. Some say Tom Nelsen never left, and Nelsen’s Hall routinely makes “most haunted” lists in Wisconsin. The bar is even featured in the first episode of the TV show “Haunted State” (2019, find it on Amazon Prime)—Delaporte says ghost hunters came and recorded paranormal activity in the building.

The ingredients that make up Angostura bitters—water, alcohol, spices, natural aromas, sugar—haven’t changed since 1824, and little has changed about the looks of Nelsen’s Hall, too. The wood back bar, for example, is from the 1850s.

Nelsen’s bartenders go through 80 or 90 cases of bitters in a year, compared to Delaporte’s estimate of four or five bottles at the average bar. Some of the locals—including a couple of bartenders—like it for more than the novelty of getting a membership card, and Tom Nelsen purportedly drank a pint of bitters daily.

On Delaporte’s food menu are burgers and soups that are flavored with bitters. The bar’s Bloody Mary cocktails contain bitters too.

“We experiment with it,” says Delaporte, who is the cook and says his signature dish is chicken marsala. No bitters go into it. It’s the same with his lasagna, Saturday prime rib and locally caught whitefish—all examples of how some things are best left alone.

Nelsen’s Hall is open from May 1 until mid-November, and then just weekends through December. 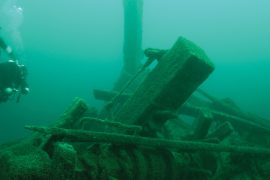 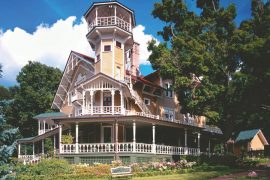 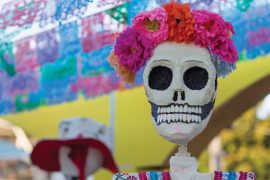