The Geneva Lake Shore Path is just over 20 miles long and takes eight to 10 hours to complete, but most prefer to soak it up piece by piece. There’s always something to look at — stunning Geneva Lake views, bygone estates — and since nothing on wheels is permitted on the path, it’s nice to share it with others who are also taking in the surroundings on foot.

What’s unique about this public path is that it rings Geneva Lake, and each homeowner along the path is responsible for their portion of it, which means the surfaces vary greatly. One minute, it can be gravel; and the next, stone pavers; and the next, grass. The grade ranges from smooth and easy to hilly and difficult. The most accessible section of the path is a paved portion in downtown Lake Geneva in front of the library that offers outstanding views.

With a mix of flat and hilly areas and surroundings that range from quiet and wooded to residential and full of activity, you never know what you’ll find around the corner when walking the Geneva Lake Shore Path.

Many believe that the Shore Path’s history goes back only as far as the 19th century, when Chicagoans affected by the Great Chicago Fire of 1871 found a safe haven in Lake Geneva as their residences were rebuilt. But its origins go back much farther than that. From 2500 B.C. to the early 19th century, the path was used by Potawatomi Indians as they hunted, fished and traveled between villages. In the late 19th century, when lakeside hotels began to spring up, the path became a popular tourist destination, which it still is today.

The Shore Path is special because early settlers declared that the “20 feet leading to the shoreline be preserved as public domain.” This means that in addition to viewing all these historic homes, you’ll get the chance to view beautifully kept, modern-day residences.

The grand estates that still stand along the Shore Path read like a “who’s who” of late 19th- and early 20th-century society. Although the Great Chicago Fire was certainly devastating, it also fostered the building of striking summer homes that carry plenty of history. There’s Black Point Estate & Gardens, a Queen Anne beauty that’s stood on Geneva Lake’s south shore since 1888 and offers public tours. To keep the Queen Anne theme going, you can view The Echoes, located a little ways from Black Point. It’s still showing off its opulent 1896 architecture like the peacocks that once roamed its front yard. The Wrigley family (yes the chewing gum and Wrigley Field are one and the same) has owned lakefront property for more than a century. You can pass by some historic structures that are still in the family, including Northwoodside, Wychwood, and a boathouse dating to 1911.Then there’s Stone Manor, an imposingly eye-catching 1899 mansion that overlooks Geneva Lake. Though a developer subdivided the home into luxury condo units in the 1970s, one family has been working in recent years to deconvert the property back to a single- family residence.

Shelby Deering is a lifestyle writer from Madison, Wisconsin, contributing to national and regional outlets like Midwest Living, Rodale’s Organic Life, and BRAVA. You can learn more about her at shelbydeering.com. 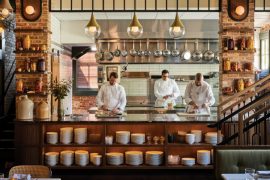 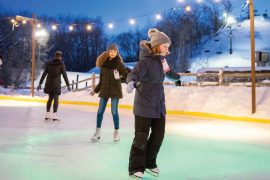 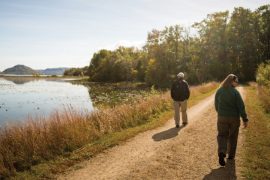