This article was originally published in Experience Wisconsin’s Spring/Summer 2019 issue and reflects information that was accurate at that time. If you choose to visit any of these establishments, please call or visit their website ahead of time to verify their hours of operation, due to COVID-19.

Wisconsin’s culinary fame has long tilted toward savory (cue brats and cheese), but pastry chefs are now in the spotlight.

Armed with training in France or high-profile restaurant cities like Chicago or Las Vegas, their contributions to the state’s sweet treats bring a little bit of worldliness to visitors and natives alike.

Nicolas Blouin—who began baking pastries at age 15 at a bakery in his native Toulouse, France—left the fast pace of the Bellagio in Las Vegas behind for the tranquil village of Kohler. He met his wife, a Chicago native, while working at the casino resort. “She wanted to be closer to family but I didn’t want to live in Chicago,” says Blouin.

Blouin joined Kohler’s hospitality venues, including The American Club, as head pastry chef in 2017. Wisconsin reminds him of his French roots. “I like the pace of life,” he says, and the sense of community and outdoor recreation that includes fishing and trail-running. His “cheesecake surprise” is an artful riff on the all-American cheesecake. “A cheesecake is always rich so I mix it with the fruit,” he says. For fall and winter, this means caramelized apples and cinnamon with green-apple sorbet—and graham crackers inside.

Also inspired by France’s pastry tradition, Susan Holding of The Little French Bakery quit her job in healthcare IT to attend the prestigious Le Cordon Bleu in Paris. She now teaches others how to make macarons, tarts and croissants at her North Freedom cooking school, through full- and half-day classes. “I get families, I get groups of friends, and book clubs. People will sometimes do it in lieu of a wedding shower. There’s no experience required. It’s all on-the-job training,” she jokes. But it’s also relaxing: “People compare the classes to being at the spa.” (Note that Holding’s business is only a cooking school and not a walk-in bakery.)

Just like Blouin, Elizabeth Dahl (pastry chef at Deja Food Group in Madison, which includes L’Etoile) shifted her career from the big city of Chicago to the mid-size one of Madison. Soon she found her stride. “I enjoy baking in the Madison food scene because people here are traveled enough to know about some of the things I like to make—canelé, financier, et cetera— but also love eating things that are super seasonal,” she says, “or sometimes a little weird or foraged.”

A must-stop for sweet tooths is anywhere Meringue Bakery’s pastries are sold. This includes cupcakes at Bean Juice in downtown La Crosse. Jen Barney started baking in her mid-twenties after a brief career as a corrections officer—and she’s appeared on (and won) two Food Network shows. She won the fourth season of “Holiday Baking Championship” and the fifth season of “Homecoming Special.” “I got a phone call one day [from the producers] asking me to apply,” she says. “It’s definitely given me some street cred.”

Later this year Barney will open a Meringue Bakery storefront. “I want to give downtown La Crosse something special,” says Barney. “It will be every baking experience I’ve ever loved all in one space.”

Pastries are an Old World tradition and Kurt Fogle intends to bring that back to downtown Milwaukee later this year when he opens Milk Bottle Bakery with his fiancée, Katie O’Neil. His first job as a teen was at the famed kringle-maker O&H Danish Bakery in Racine. Fogle never planned to return to Wisconsin though after graduating from the French Pastry School in Chicago, working under the esteemed Jacquy Pfeiffer. An instructor at the school suggested he make the move back to his hometown, where he could help out with the “pastry and dessert scene here,” says Fogle.

Aiming to focus on American bakery, Fogle says they’ll focus on regional and international specialties. “It’s going to be at the intersection of the masters and our grandmothers,” says Fogle. 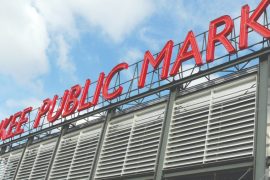 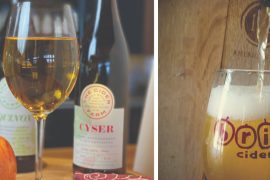 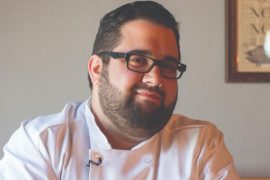