Take any Saturday any time of year — the roads need be mostly but not entirely clear of ice and snow — and you’ll likely see a group of cyclists somewhere along the shores of Lake Monona. Not all, but many of them set out to circle the lake along what is sometimes called the lake loop. Others simply say they are “riding around the lake,” and locals will know what they mean.

It’s a 12-14 mile route depending on whether you hug the shores or honor the posted route. You can begin anywhere. locals head out from their driveways while west siders head east toward downtown.

However you get there or wherever you begin, the ride will take you through the funky near-east side of Madison where students mingle with aging hippies and young hipsters. Keep going and you’ll come to the Schenk-Atwood neighborhood spotted with local haunts and upstart hotspots. There’s the Stalwart Harmony Bar, breakfast favorite Mermaid Cafe and relative newcomer One Barrel Brewing.

Stay on the path and you’ll meander between community gardens with towering sunflowers come August and the back lawn of Zoma coffee shop.

You’ll pass Olbrich Park and the pyramid greenhouse of the Botanical Gardens, the Thai Pavilion and the ruins of the Garver Feed Mill.

Eventually the path empties into Monona Drive, and then you’ll head into Monona proper as you cling to the lakeside spotted with mansions along Winnequah road and Tonyawatha trail. glimpses of water and either gentle breezes or gusts of wind remind you that you’re still on course. If it’s summertime, you could roll in for a cone at Monona bait and Ice Cream, a sure bet for both Babcock Hall treats and night crawlers.

A couple miles later you’ll enter Madison along a bit of path that takes you past reedy, wildlife-filled marshes until you shoot out onto Waunona Way, where you’ll stay until it dead ends into more bike path yet again. You’ll follow it around the south side of the lake as it connects to the Isthmus — it’s the only direct connection to downtown without getting on the Beltline — past Olin Park and the fisherman with their 10-gallon buckets and lines cast over the railing aside the iconic Monona Terrace. You’ll soon soar past the gear heads at Machinery row bicycles and back toward Willy street and the near east side.

“My favorite ride is Lake Monona,” says former Madison Mayor and current Wisconsin Bike Fed Executive Director Dave Cieslewicz. “I’ve been doing that since I came to Madison for college in 1979. I like the urban aspect. I like the trail on the east side. You go past Zoma. You can stop for a burger at the harmony.… there’s a lot of great stuff on that ride. It can take you a full day if you do it right.”

It’s not just Cieslewicz who likes it, it is a familiar and beloved route for recreational cyclists of all ages and abilities. You can’t circle the lake without passing a group kitted out in spandex and jerseys, a family with a baby in a Burley, maybe even a couple on a tandem, and if Mercury is in retrograde, a unicyclist. It is Madison, after all.

And Madison is a bike town. Really it’s more like bike country if you count surrounding communities. Events like ride the drive designate portions of major thoroughfares and close them to traffic for a few blissful biking hours once or twice a year. International bike giant Trek, which is often credited for cultivating the local cycling culture, is just east of the city in Waterloo. Every fall the most extreme endurance athletes take to the hilly country roads of fair Verona to tackle the 112-mile bike course of Ironman Wisconsin. And let’s not forget the World Naked Bike Ride Madison (this year’s event is on June 20), which uses a little public nudity to attract attention to bike transportation (it works).

Indeed, the bike ruts run deep in Madison. While trek gets a lot of credit for supporting it, Cieslewicz believes the bike behemoth is a product of the local bike culture and not the creator. That credit, Cieslewicz says, belongs to the University of Wisconsin. The state’s flagship university has a parking policy that is tight by design, he explains, and for decades, the limited lots and ramps have sent students, faculty and staff in search of alternate transportation.

Of course, while campus might be the hub of the bike scene, there are spokes reaching throughout the city and into the suburbs. And it’s a lively scene full of participants at all times of day, every day of the year. there are the intrepid commuters who rubber- band their pant legs and dart through morning traffic on their ways to work. There are the 12-year-old boys with backpacks loaded down with baseballs, mitts and bats enjoying the freedom of heading to the diamond for a pick-up game. If you think the latter sounds a little Rockwellian, think again. Come springtime, the racks outside Monona’s Winnequah school are a jumble of tires, seats, handlebars and forks. Kids around here still ride bikes.

Luke Bernards is one of them. The 13-year-old Monona resident and eighth grader at Glacial Drumlin School tackled the Lake Loop. While accustomed to cruising around town and getting himself to the library, Bernards thought circling the lake was a good but reasonable challenge as he got used greater distances.

When he set out with his dad, he expected to see the familiar sights, like the Capitol. But he found a few surprises along the way, too. “I saw Indian Burial Mounds and I didn’t realize they were there,” he says, noting that he hopped off his bike for a while to explore the shores on the opposite side of the lake.

That’s one of the beauties of that particular ride, Cieslewicz says, because it offers up such a mix of what makes this area unique from the idiosyncratic neighborhoods to the landmarks like Monona Terrace. In fact, it’s got a little of everything that makes Madison, well, Madison.

Jen Anderson, an area endurance rider and Ironman athlete counts a portion of that lake loop among her favorite urban rides. Anderson is a cyclist with a big heart and big ideas. she created the Cookie Project, a program that delivers homemade cookies to residents living along the Ironman course, and she did it to show her appreciation for those who share the road with cyclists. While she prefers the rolling hills to the southwest of the city for her intense training, she also has a soft spot for the stretch along John Nolen Drive.

“I like to ride down there when I can,” she says fondly of the stretch of course where the bike portion of the famed race begins and ends. “It’s part of the Ironman course. I love the lakefront path.” 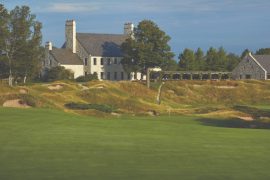