When FSR (a trade magazine for the fullservice restaurant industry) came up with a list of 40 rising-star chefs in 2017, almost all of them were working in the nation’s largest cities.

Tyler Sailsbery was an exception. He operates two restaurants within three blocks of downtown Whitewater (pop. 14,500), a college town whose lack of localcentric dining is what turned this business major into a professional chef.

In 2013, Casual Joe’s won over judges of the Food Network show “Food Court Wars.” The reward: one year of free rent. Prices here are lower than The Black Sheep’s, and that—as the chef-owner sees it—makes hyper-local dining accessible to more people.

Lots of chefs aim to cook with the seasons, using locally grown ingredients. Sailsbery understands that goal deeply because he was raised on a farm. Most of his restaurants’ key ingredients come from within 50 miles.

“As a farm boy, it just seemed natural to connect the farmer and the foodie,” he says. “This was an integral part from the start.”

Sailsbery arranges farm dinners and serves his community in other ways too. Jail inmates grow a garden and use the bounty in a five-course dinner for the public, prepared under Sailsbery’s supervision. He makes fun food—like sweet potato ice cream—to introduce children to farmers’ market fare.

During the winter The Black Sheep’s 2.5hour cooking classes are popular. Count pasta-making, food and wine pairings, a sushi primer and butcher talk about meat cuts among the topics covered. 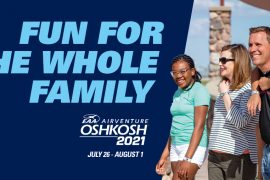